Every year we have a raft race as part of our village fair. Each year there is a theme and this year it was princesses and pirates. Not one to say no to an opportunity to release my inner princess ad dress up for the day I got a team together and we put our names down, Now, this is where I have to mention that the only people I could get to do it with me were 3 kids and they all wanted to be pirates, But whatever… They aren’t going to stop me from being the true princess that I am.


So once we had filled in the form I started looking online for princess outfits. I don’t know if you have ever tried to find a princess outfit for an adult but it is nigh on impossible (this I hadn’t anticipated), The only options you have are trying to squeeze yourself into an age 13-14 Elsa dress or purchasing a less tan appropriate slutty princess outfit. There is no way I was going to be able to squeeze my boobs and butt into a kids costume and there was even less of a chance of me wearing stockings and suspenders to the family fair, So the only option I had left was to make it myself.
Needless to say I didn’t give it much more thought than that. I had an idea in my head and there was no way I was wavering from that. I looked online for material which is a ridiculous thing to do, because how can you tell what material is like on a screen? So I came to the conclusion that I was actually going to have to go out and look in a shop for said material. I had a look in a local fabric show and there wasn’t anything that took my fancy, I wasn’t sure what colour I wanted and I was just sort of hoping I’d know it was ‘the one’ when I saw it. Anyway, I couldn’t find anything I liked the look of in this fabric shop, so I decided that the only other option for me was to find something like a set of curtains or bed linen that tickled my fancy.

So I went in to places like Marks and Spencers and Next, where I came to the conclusion that all their bed linen is madly expensive and I couldn’t possibly justify spending £65 on a fancy dress outfit. One of the last places I went to was Matalan, and low and behold there was a lilac double duvet cover that was just what I was looking for (for the mere price of £12 no less)! As soon as I got home I set to work straight away – again I had absolutely no idea what I was doing and I was just winging it. 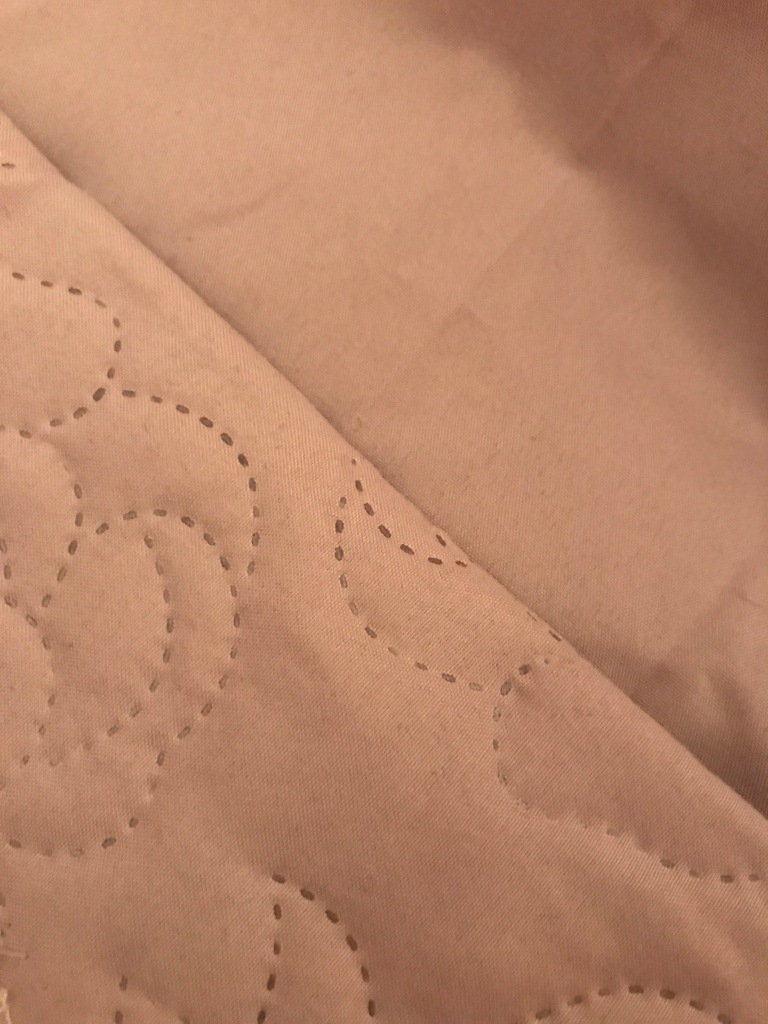 I cut out a massive circle from the plain bit of the duvet cover for the skirt part, making sure it was big enough to fall from my waist to my shin with extra for hemming. Then I hemmed it all the way around the bottom which took FOREVER as I was doing it by hand. Once I had done the full mile of hemming I cut a hole in the middle of the circle so it would go around my waist and then hemmed that bit. It was at the point that I had hemmed that part that I suddenly realised there was no way of me getting it over my head, so I cut a small slit in the wait and added a popper so I could do it back up. Perfecto…Not! But it will do.

Now for the top – I used the quilted bit of the duvet cover for this because I thought the contrast in materials would be nice, and it was also a thicker material. Essentially all I did here was make a tube out out of the material so I could simply slip it over my head and tuck it into the skirt. Obviously this looked hugely messy and I wasn’t happy, So I decided that I would need to make a belt to cover up the join. I did this using more of the quilted material and added some poppers so I could fasten it. After a cheeky press on the ironing board it was time to try it on. My god I am excited. EXCITEDDD!!!

So I struggle into the skirt (despite the split and popper fix, I still have to dislocate my shoulder to get it over my head), and wriggle the top on over my head. After much wriggling I have broken a bit of a sweat and I have to have a rest before continuing. I put the belt round my waist and popper up. Its a tad tight, but no matter, I will just not breathe when I am wearing it. I don the tiara and the white gloves I bought on Amazon. And OHMYGODILOOKLIKEAFREAKINGPRINCESS!!!!! I am beyond pleased with the outcome of my incredibly haphazard and risky attempt of dressmaking.


I am genuinely so pleased with how well this turned out and I really did feel like a princess for the whole day and I really didn’t want to take it off. If I hadn’t have got soaked with lovely green Thames river water I probably would have slept in it. 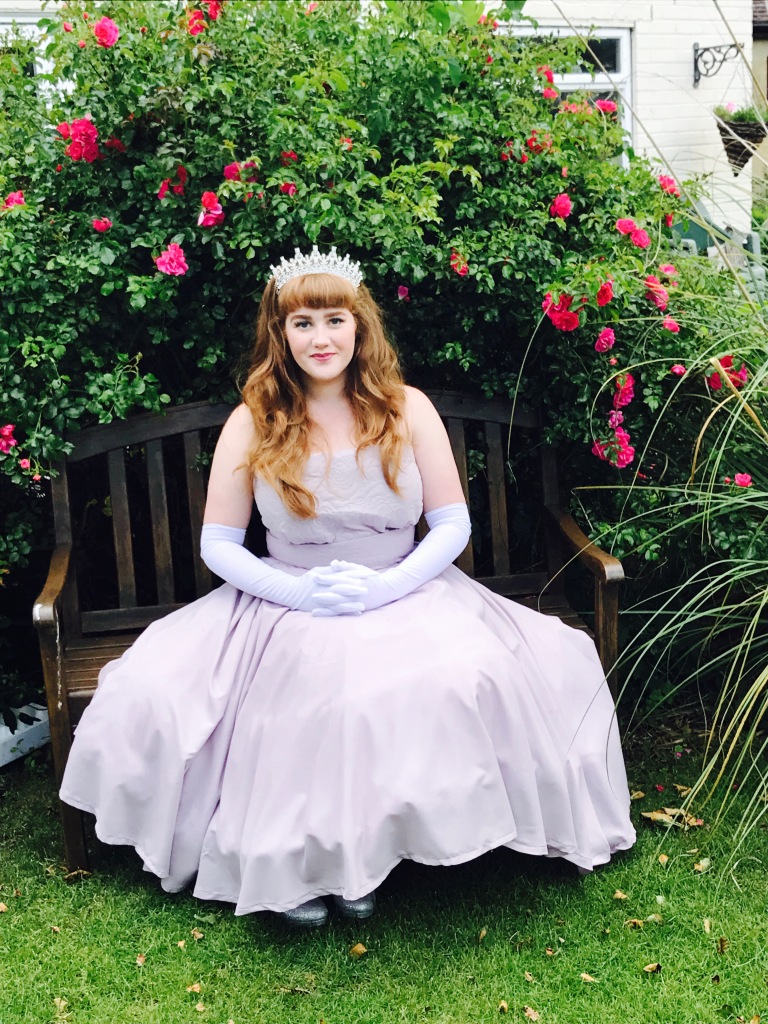 So here’s to giving it a go and not being afraid to princess it up now and again!

8 thoughts on “When I was a princess for the day”