It turns out there isn’t that much to do in the area around Wilderness, but to be honest, I was quite pleased as I really wanted a chilled day. After breakfast overlooking the bay, we went for a walk along the beach. I probably didn’t choose the best outfit to go wandering along the beach in; a burgundy corduroy skirt, a shirt, tights and trainers. 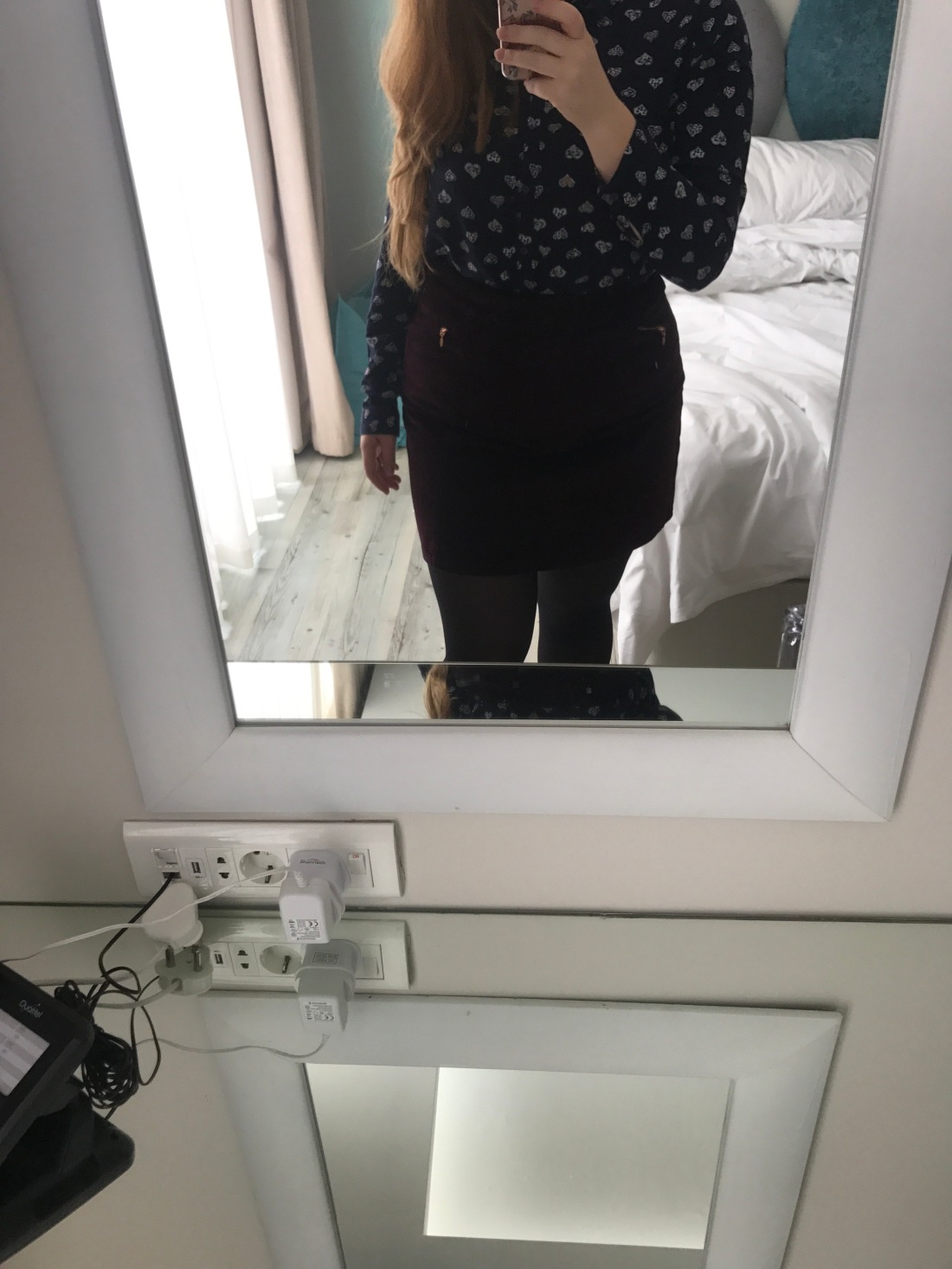 It was also kind of overcast today, which was a shame, but you can’t be blessed with perfect weather the whole time you are on holiday! We walked down the steps to the beach and as we were nearing the bottom of the steps, I realised the steps were broken. When I say broken, I mean the bottom flight of stairs weren’t there. They just stopped and there was a drop of about a couple of metres. There was no way I was walking all the way back up to go down another set of steps, so I decided to jump off. This could have gone very badly on account of how clumsy I can be, but fortunately I managed this without too much trouble. 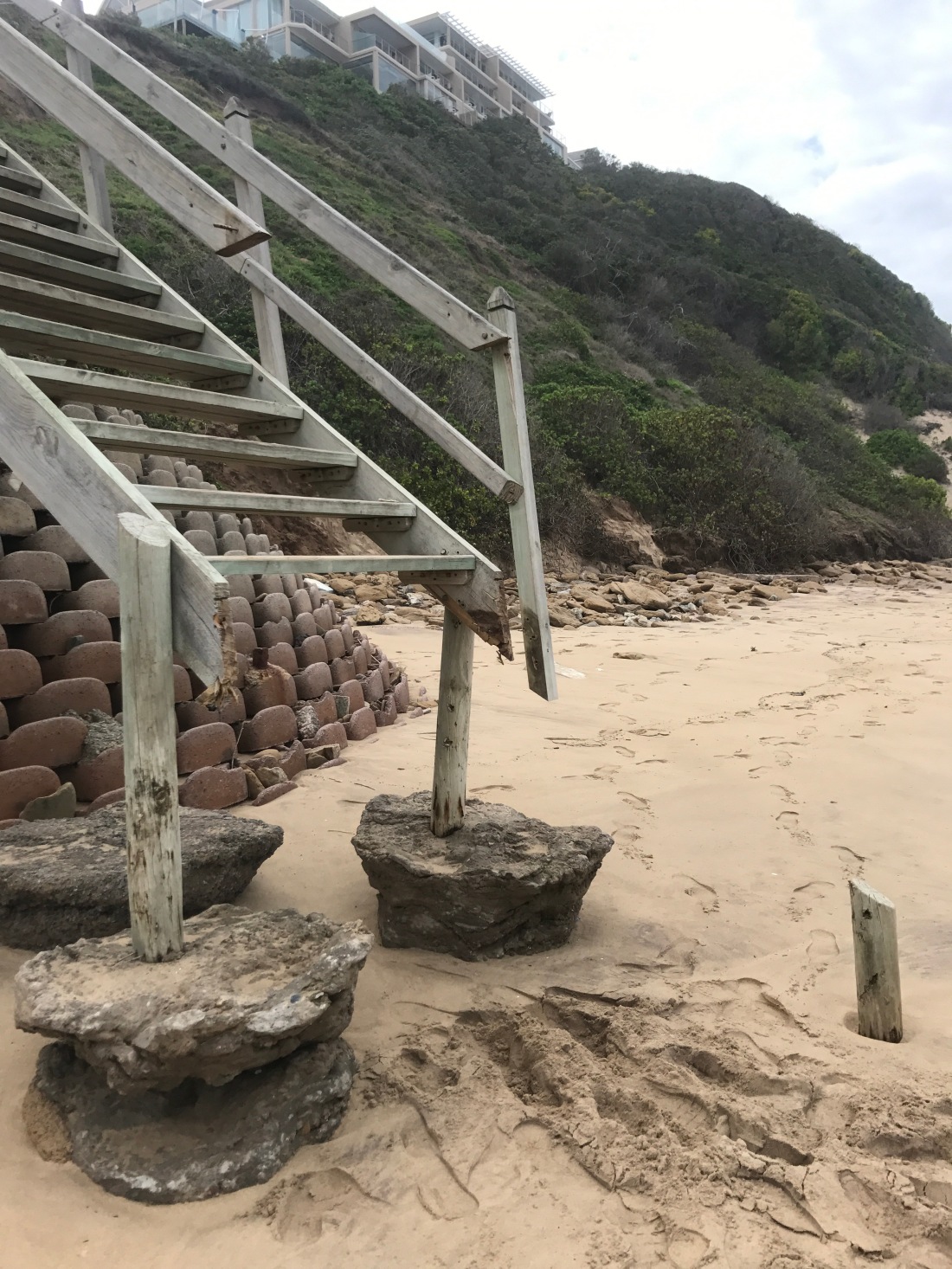 We set about walking along the beach, and I was looking for a good pebble to pick up. I normally look for a heart shaped pebble when I am at the beach, but these were all way too smooth and round. But I did find a pebble that is pretty much a perfect circle, so that is now safely stowed in my rucksack. 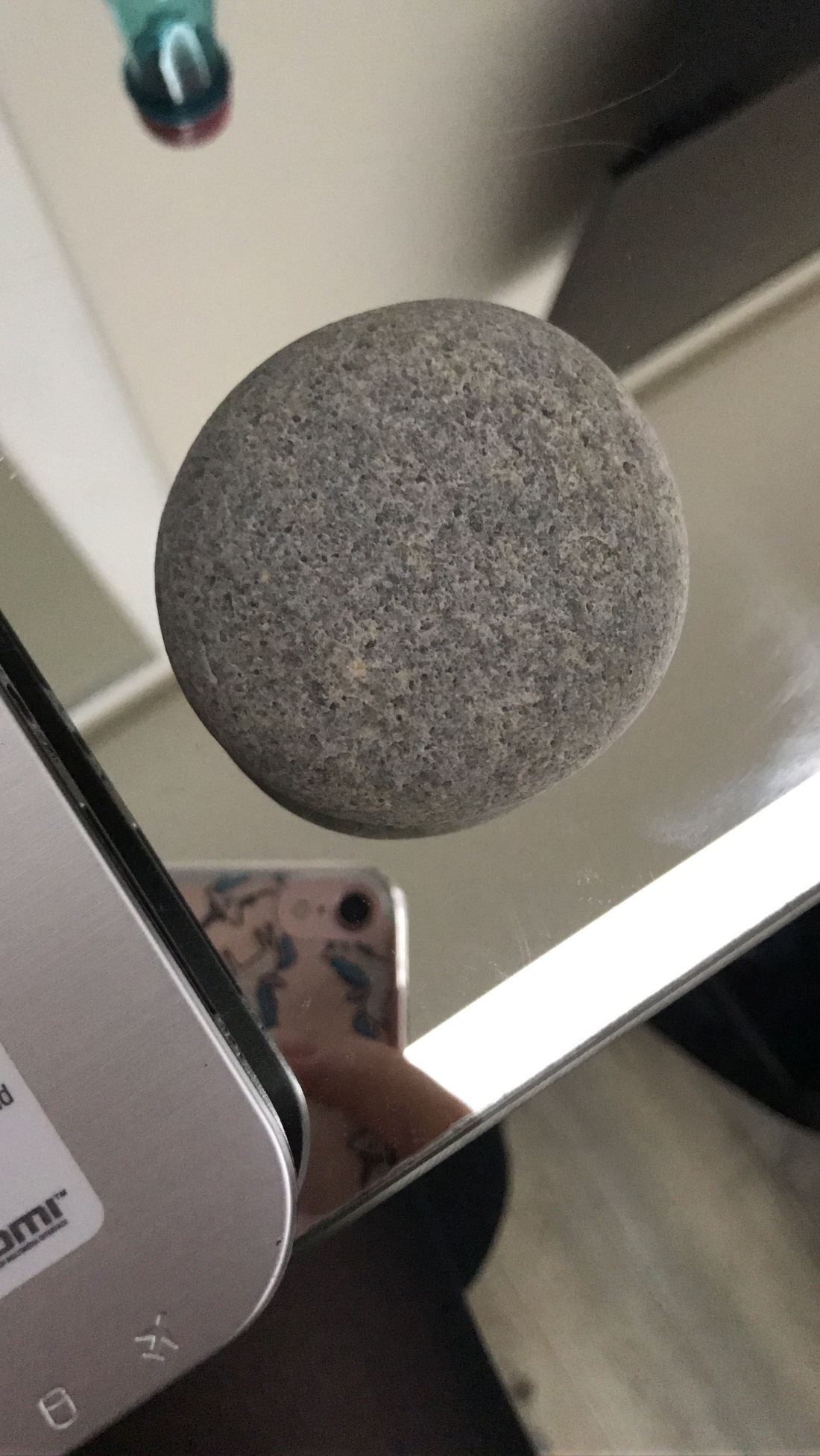 We got down to the end of the beach and climbed up a set of steps which were much better maintained, and ended up in what appeared to be someone’s garden. We walked along the road a bit hoping to see a town or somewhere to get a drink, but there wasn’t one, so we decided to head back down to the beach to walk back. 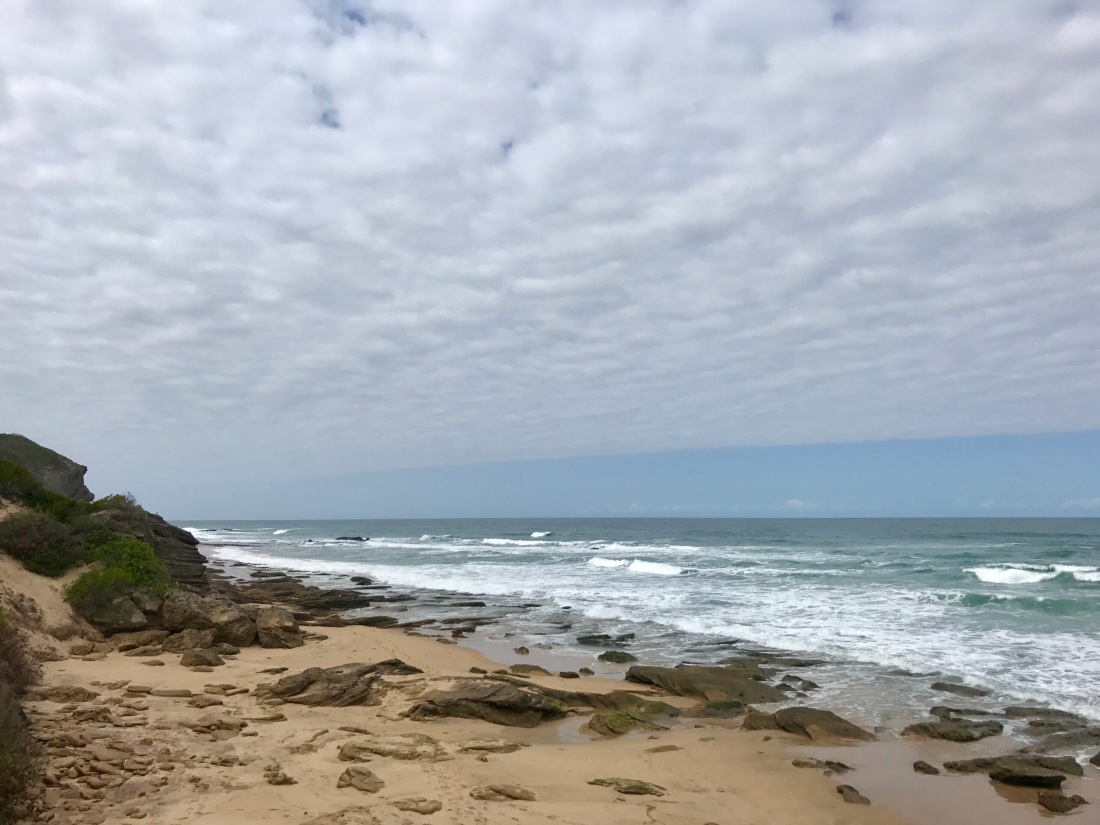 We were on top of a massive sand dune, which I ran down, ending up with about a kilo of sand in my trainers. Sigh. We walked all the way back and selected a set of steps which came all the way down to the beach and walked back up towards the hotel. 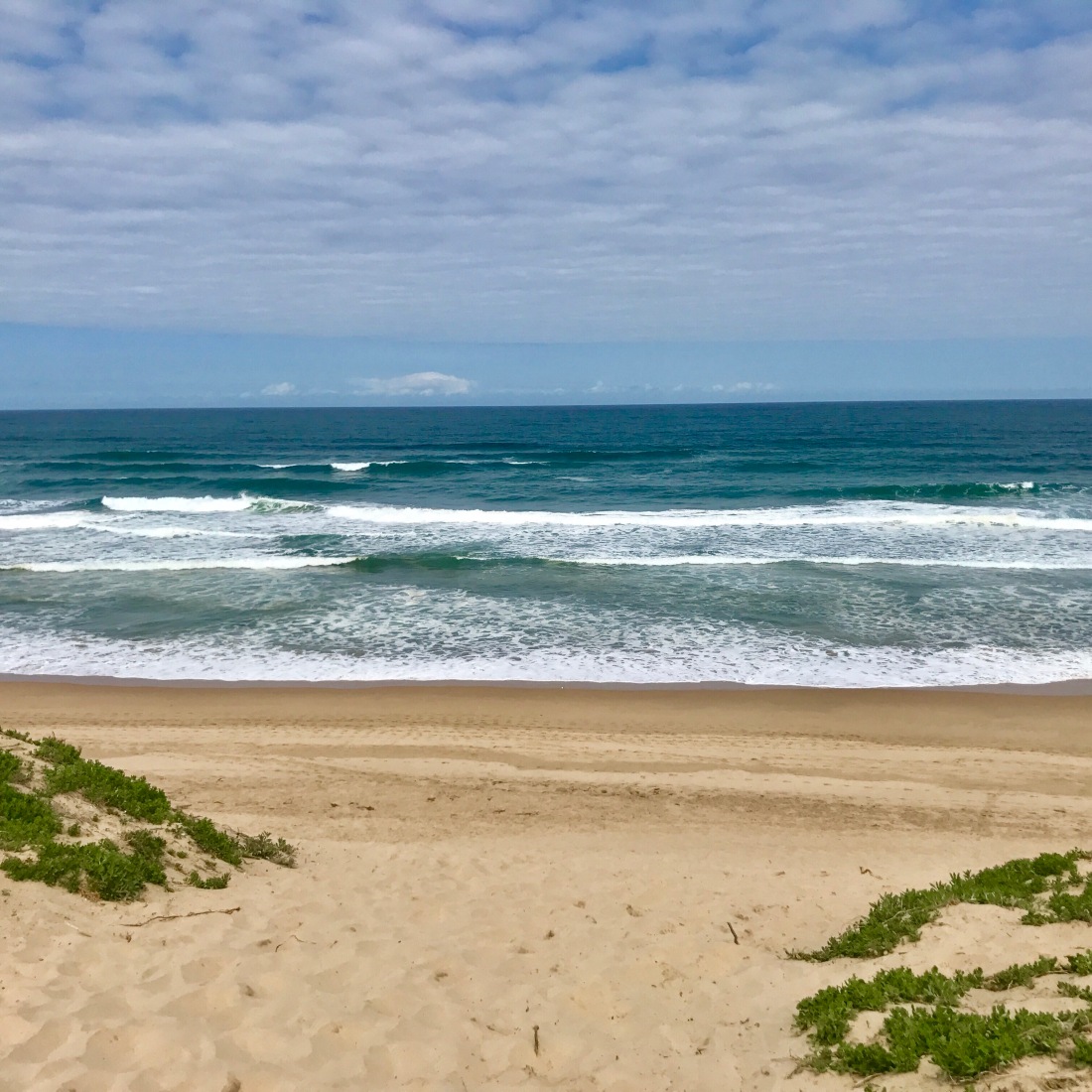 After I had emptied all the sand out of my trainers, we thought we would drive to Mossel Bay as the guide book had stated it was an up and coming area. We got there and up and coming it certainly was not. If this was up and coming, I dread to think of what it was like before. There was quite literally nothing there. We sat and had a coffee and whilst we were drinking our drinks we read a leaflet about things to do in Mossel Bay. It turns out there is an iron museum in Mossel Bay. As in ironing, as in laundry. What?! In the leaflet it said that is contained over 900 different irons, some of which are rare. There is even an exhibition displaying different washing machines and mangles. TO be quite frank, I would rather roll myself through a mangle than go and see that. A little disappointed, we made our way back to the hotel. 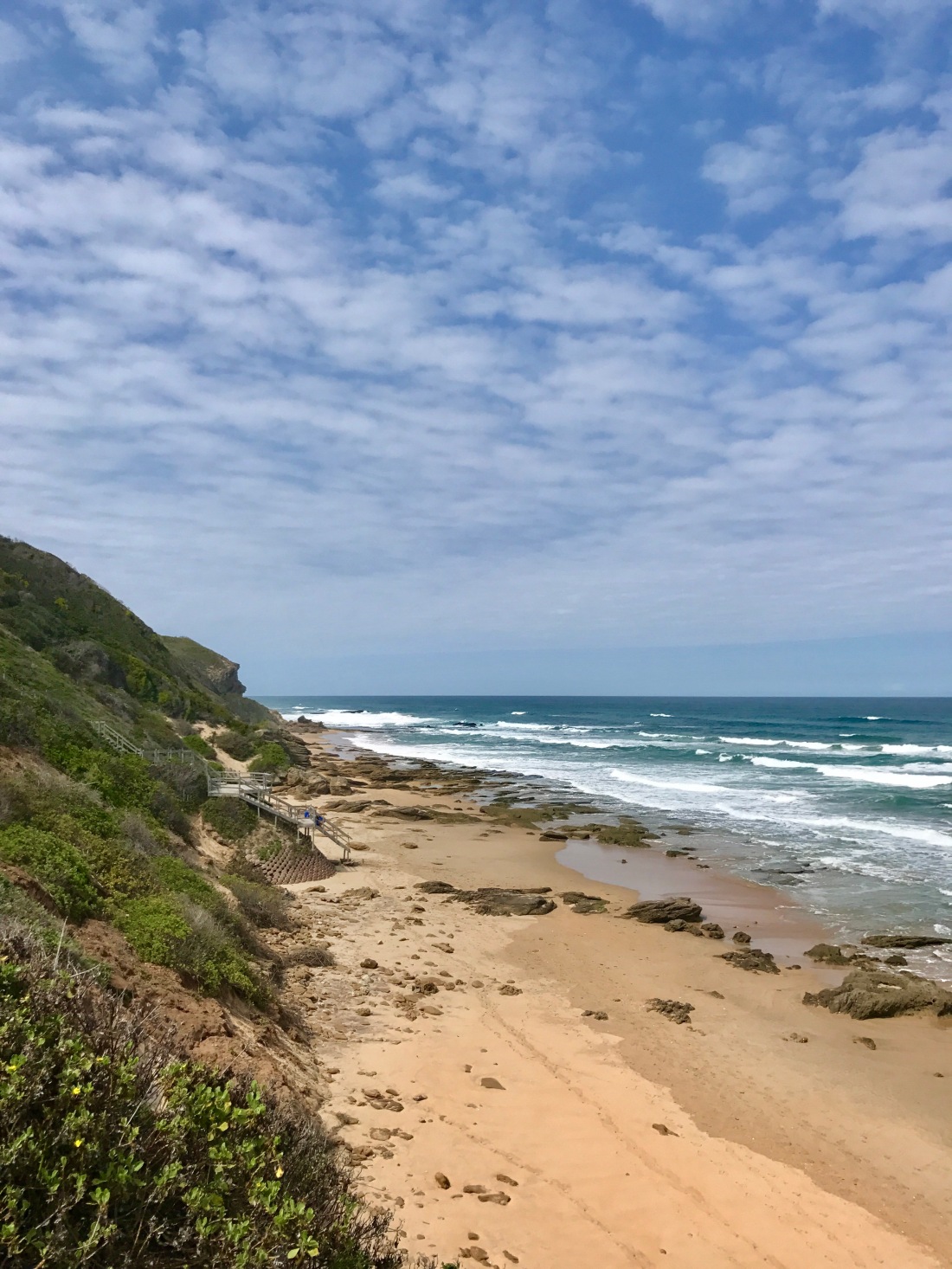 Seeing as it was only the afternoon, we thought we would head down to the spa. So, I donned a bikini. Shortly after, I remembered why I never wear a bikini. It’s actually not comfortable wearing an underwired bra posing as a swimsuit when you are trying to relax, and I always end up so conscious of tummy rolls the entire time I am wearing one. I know I’m not supposed to worry about it, but I definitely still do. Maybe every roll’s a goal? Maybe not. Probably not. Anyway, I wanted to go in the steam room and sauna but they were both closed. Grrrrr. Fortunately, the lady working in the spa turned on the steam room so we could go in there and we sat in the jacuzzi and bubbled around for a bit whilst we waited for it to heat up. After sweating out what I am pretty sure was all the water I had in my body, I exited said steam room and went to get ready for dinner. 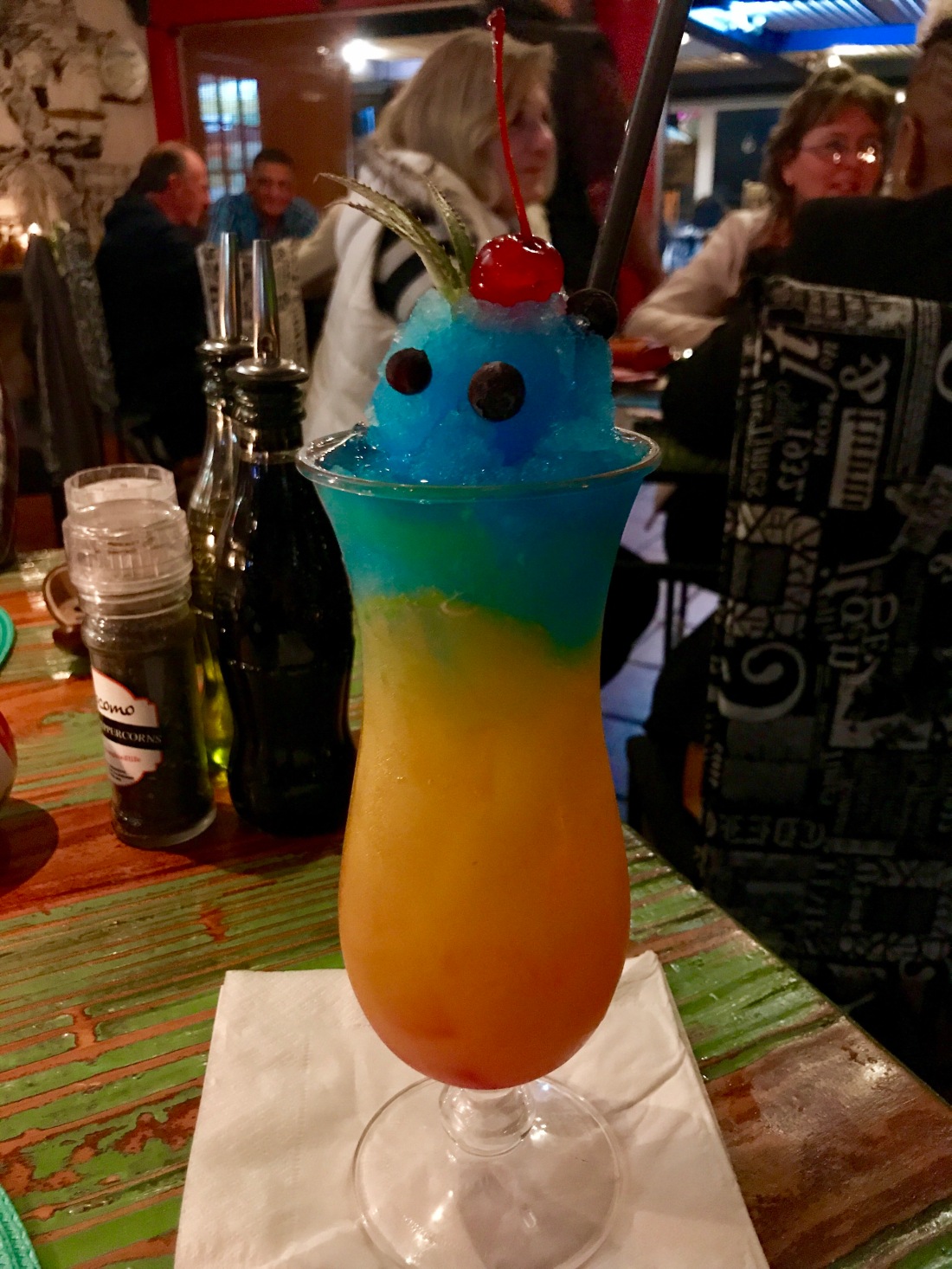 We struck out for dinner and ended up in a little place in Wilderness Village, a place called Cocomo Restaurant. We went in there because it looked busy and it was absolutely rammed. It does live music every night and it does these amazing looking pizzas. These pizzas are basically the size of the moon. I have never seen pizzas this big in my entire life. They cook them in their own wood-fired pizza oven and they have a serious amount of topping on them, scrimp on topping they do not. I am not ashamed to say I ate the whole thing, not ashamed at all. 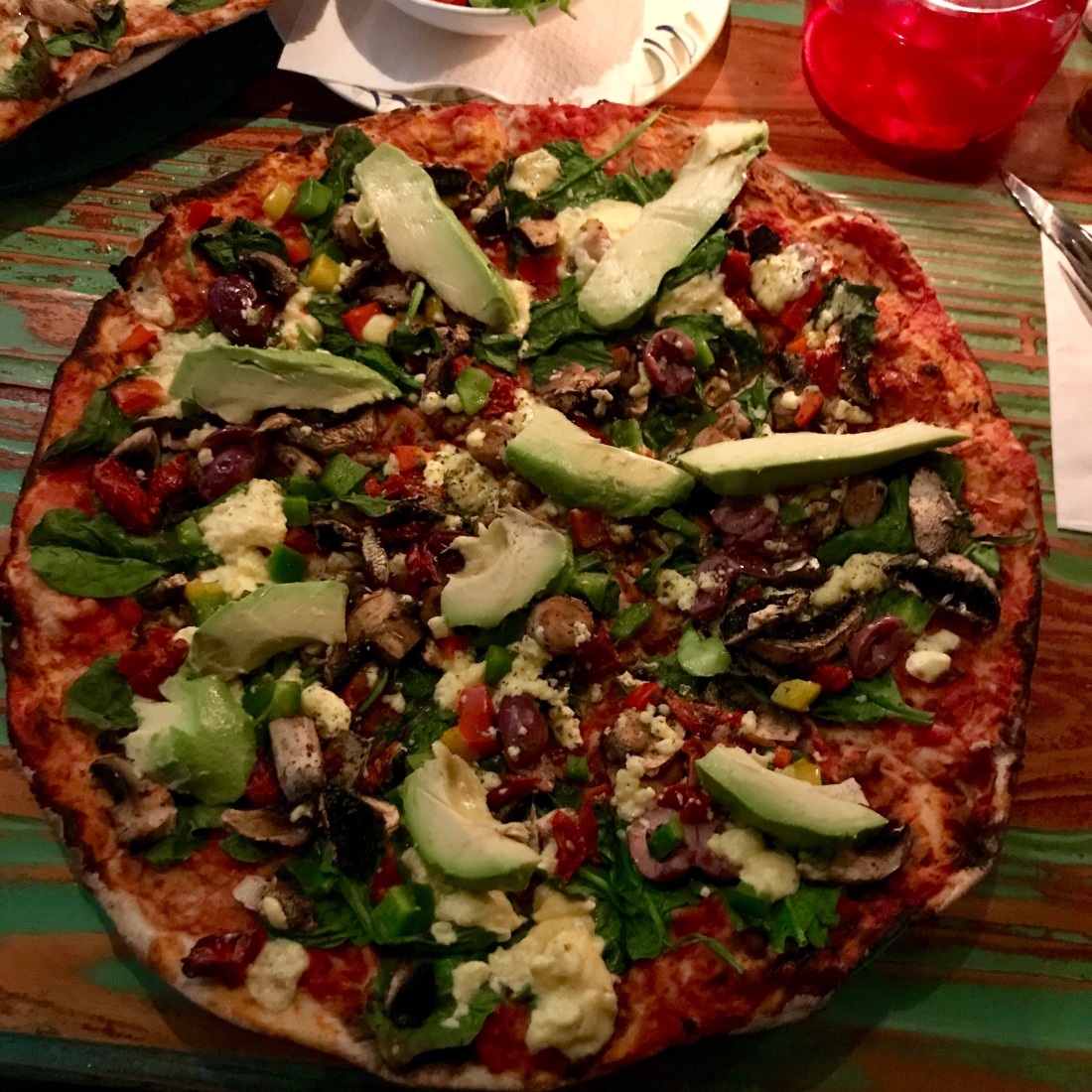 I shouldn’t have eaten it all, because it took me about an hour to get to sleep because I was so incredibly full. But I feel like it was worth it.

2 thoughts on “South Africa Day 7: Chilled Vibes and Pizzas of a Serious Size”