It was a glorious day today; the sun was out and the weather was beautiful. We went up for breakfast and I had some boiled eggs (which I haven’t had for years) and an orange juice. Oh, and I found the resident kitty! Which made me happy as Larry. He was really old (17) and he meowed a lot which I loved, and we had a good chat. 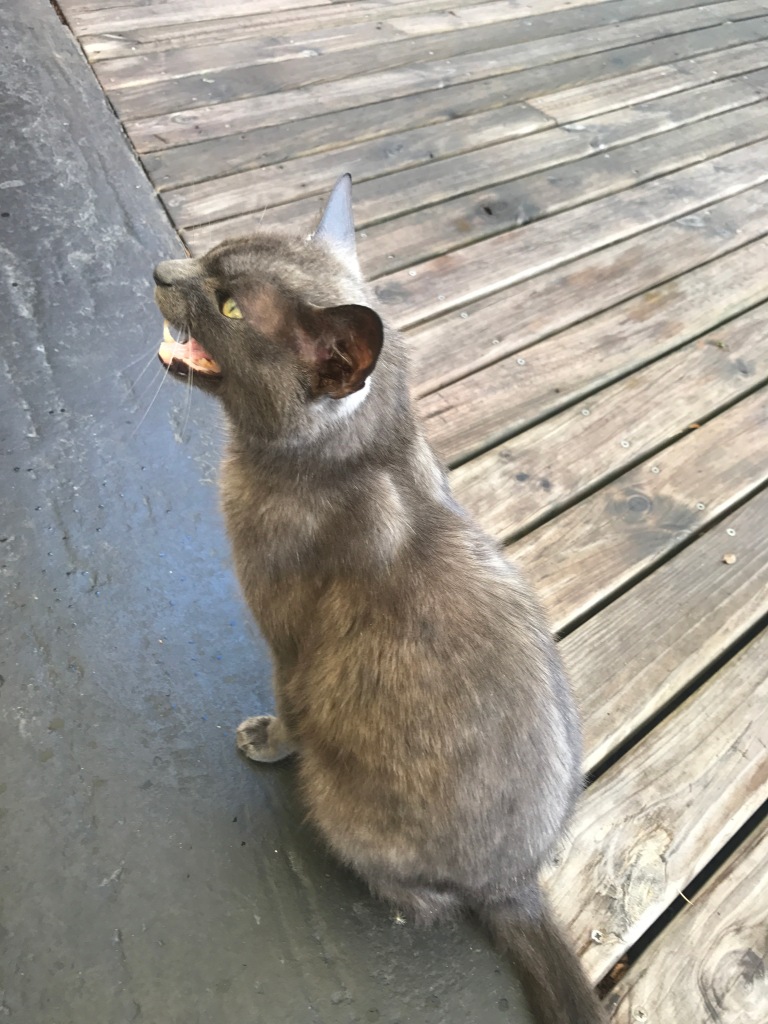 I took a couple of photos of our villa in the sun, and the views from the veranda. I donned the dungarees, a white shirt and put my hair in space buns, and we headed out.

We drove into Tsitsikamma National Park and headed towards the Storms River Mouth. Here they have hiking trails you can walk along and there is one trail with suspension bridges you can walk across.

Having worked up a bit of a thirst, we stopped for a coffee at the restaurant there, and the coffee came in old fashioned enamel cups!

The restaurant was right by the sea, and there were some seriously big waves coming in and crashing against the rocks. The scenery was beautiful (I don’t think I’ve seen a bad view yet in South Africa).

We decided to go for the suspension bridge trail first. We walked up and up through the trees and there was loads of bird life flitting about around us and some great lookout spots along the way. We also found a couple of good spots to take some photos, and I ended up clambering up into a tree for a good pic. I almost ended up falling out because I put my hand down to steady myself on a branch that wasn’t attached, as it turns out. But I managed to grab on and save myself from any unfortunate mishaps – close shave! If I’d fallen out of that tree my pride would have been very much dented, and I probably would have landed on someone and squashed them, which would have been mortifying. 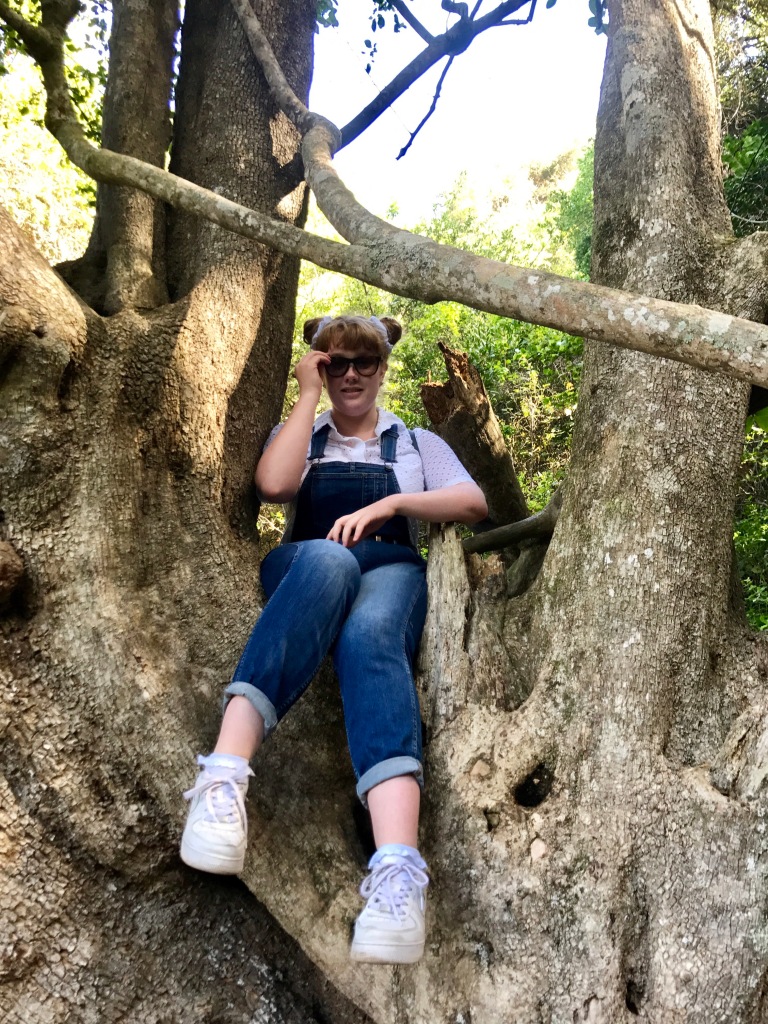 After about an hour we got to the suspension bridge and made our way across it. As per usual, on the suspension bridge, there was someone doing their best to rock it backwards and forwards to scare everyone (dick). Once they had stopped being an ass, we go across to the other side where there was a little pebble beach and some rocks. 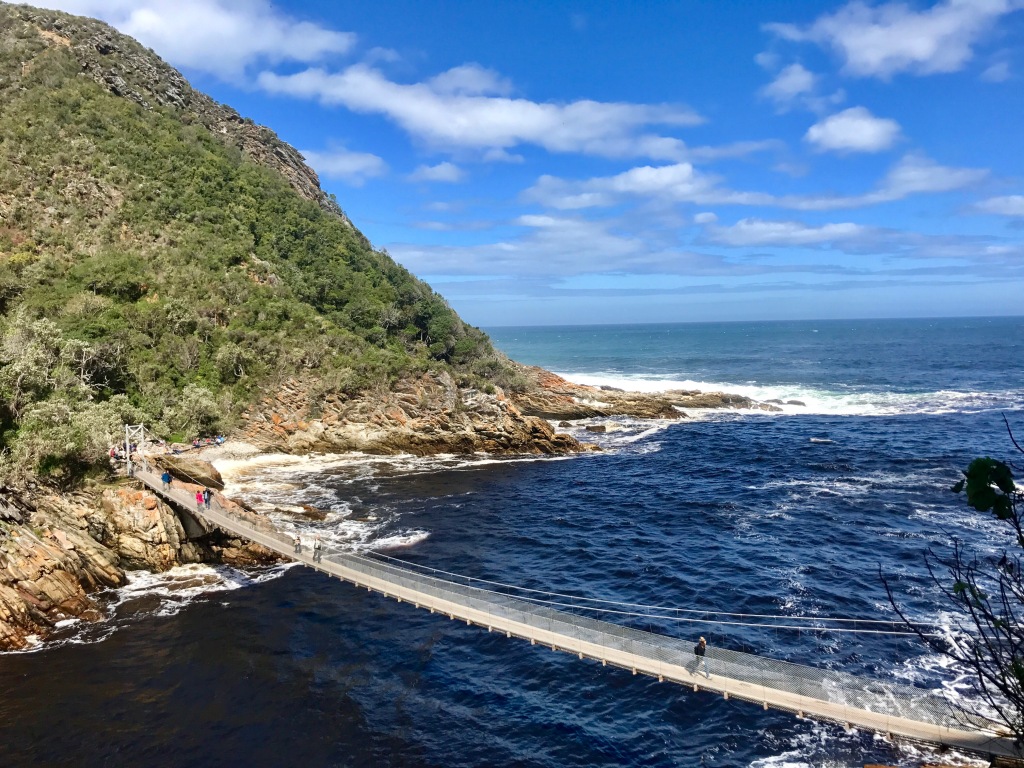 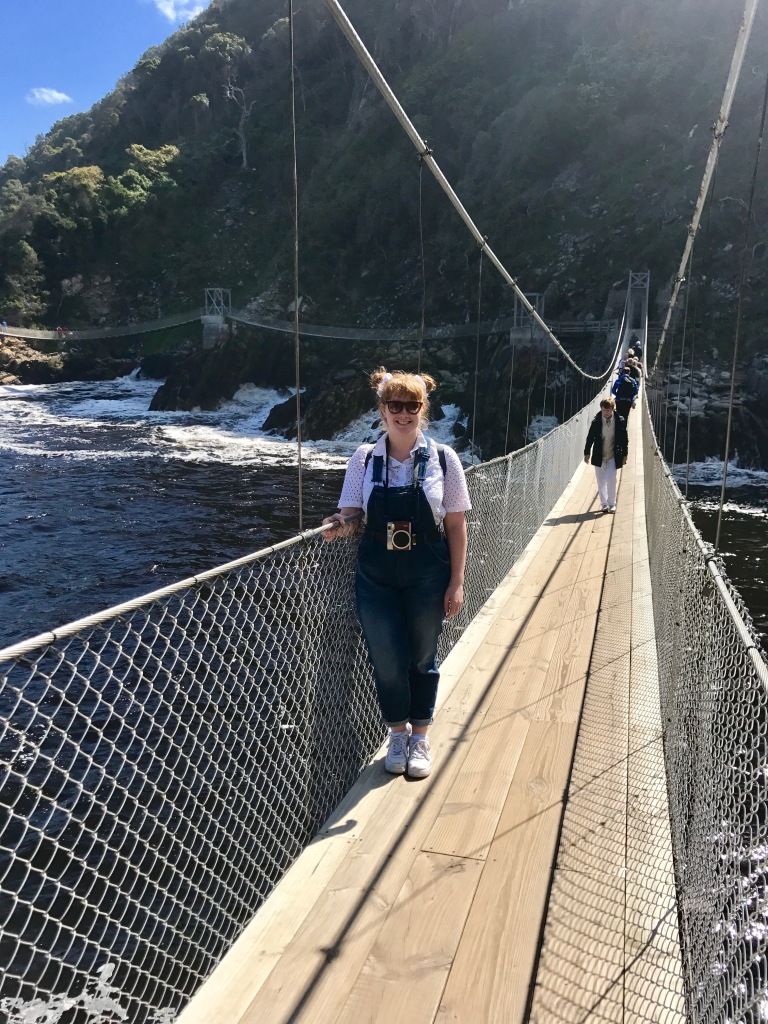 I perched on the one of the rocks and we sat and looked out at the waves rolling in. Out of nowhere the waves started crashing against the bottom of the rocks we were sitting and the water came spraying up the side of the rock. There is a great picture of my turning round in shock to see the wave crashing up behind me. 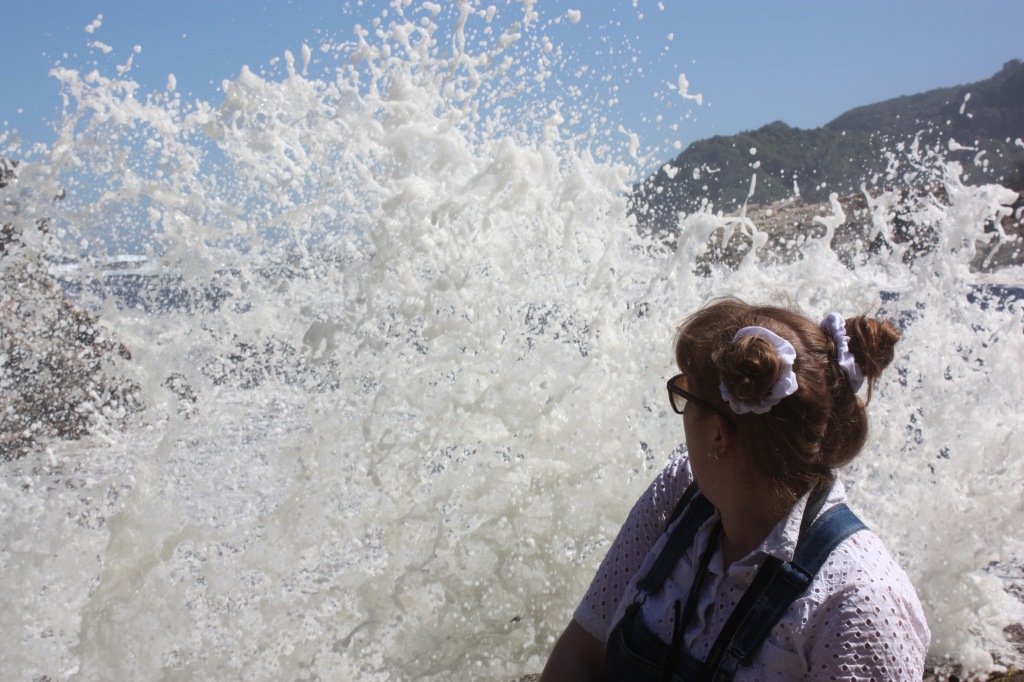 We headed back across the bridge after taking a few more pics now there were a few less people on there, and headed back down the trail. We stopped for a quick snack and another drink at the restaurant and then headed towards another trail, which was a bit shorter. It was only a kilometre long, this trail, but it was a really steep ascent with hardly any steps. We were doing a lot of clambering over rocks and swinging around on bits of trees.

We got to the top of this trail and there was a great view of the ocean where you could sit and watch for whales. We wouldn’t have been able to see anything much because the water was so choppy, so we started out descent. We were supposed to walk alongside this waterfall, but as we got to it, you could hardly see it because the trees were obscuring the view, which was a bit disappointing. I trotted down the remainder of the trail and ran back to the car which was about a kilometre away. I collected the car and brought it back to Gail and Les, as they had been a bit behind me on the trail. Running in dungarees is distinctly harder than in your gym kit, which is hard enough as it is. Not going to lie – I got a proper sweat on. 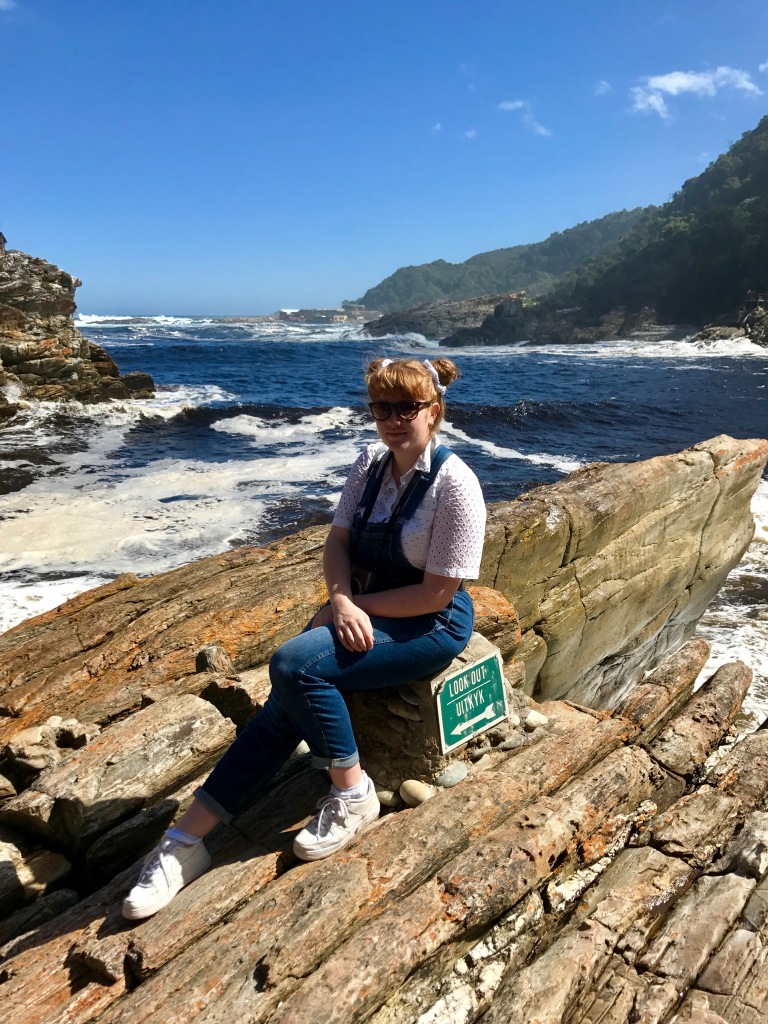 We went back to Hogs Hollow Country Lodge and got ready for dinner. I wanted to get up there a bit earlier than we had the night before, as they served canapes before the meal and last night I only managed to get myself one canape, which is certainly not enough. We didn’t end up getting up there for dinner in time for me to get myself more than one canape [insert cry of anguish here]. I am determined to get at least two tomorrow, even if it kills me.

There were some new people at our communal dinner table and there was a couple from Aberdeen who had decent chat. I got talking to the husband and he seemed to take quite a shine to me and we had a really good conversation. He even showed me a video of some people bungee jumping off the bridge in Tsitsikamma National Park (which is what I am going to be doing tomorrow). And he jumped on the defensive when someone at the table said that young people can’t hold conversations anymore. Love this guy! It’s always nice when you get talking to someone you get on with and who clearly enjoys talking to you as well. The joys of the communal dinner table eh?