I have literally no idea what I did on the 5th June. All I have in my camera roll is a photo of maple syrup biscuits… Which, by the way, are hella tasty, so you should definitely get some if you happen to be in a supermarket in Canada. All this photo tells me, is that I must have been in a Walmart. That can’t have been ALL I did for an entire day, can it? I’ll have to have a think about it, I’m sure I’ll remember.

All I do know is, that getting up at 4.30 am to go to the airport to catch a flight to Whitehorse is looming. Oh wait, we went whale watching! That explains why I don’t have any photos on my iPhone – they are all on the camera camera, because there isn’t much of a chance of you getting a good photo of a whale in the ocean on your iPhone, no matter how good a photographer you are.

It was about an hour and a half’s drive from Vancouver to Steveston. Which is where we managed to catch a whale watching tour with Vancouver Whale Watch. We didn’t book, and we were fortunate to get the last 3 spaces on the boat which was just about to go out – close call! There are a few companies you can book with if you are interested in whale watching in Vancouver – they are all pretty similar and follow the same whales. It was a little bit of a grey day, but I was hoping that the lack of sunshine wasn’t going to stop the whales from coming out to play.

On our way out to sea we saw a few California seals chilling on some rocks; as much as I would like to like California seals, they are really not a pretty sight. I’m all for any kind of animal, but they aren’t about to win any beauty contests – cute they are not.

However, they do look pretty regal and commanding up on those rocks, even if they do STINK of fish… you can certainly smell them before you see them. 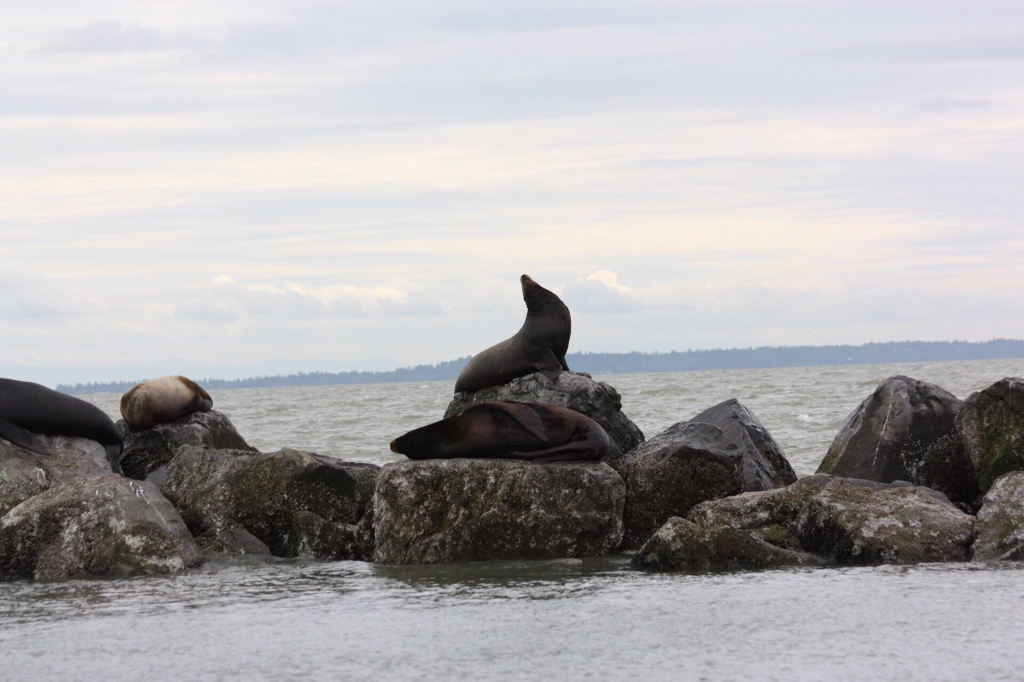 We picked up the pace, heading out to sea at a fair clip, looking for some orca, or killer whales. Now, these are my absolute fave marine animals – they are so unbelievably clever, and they have some serious emotions going on – I’ve no idea how you couldn’t love these guys. They all hunt in different ways, for different prey, depending on what is abundant in the area in which they exist. It’s so cool how they live together in their pod as a tight knit family unit, communicating all the time with one another. It’s so cool to listen to as well and we know so little about what they are saying to one another; it’s pretty majestic. 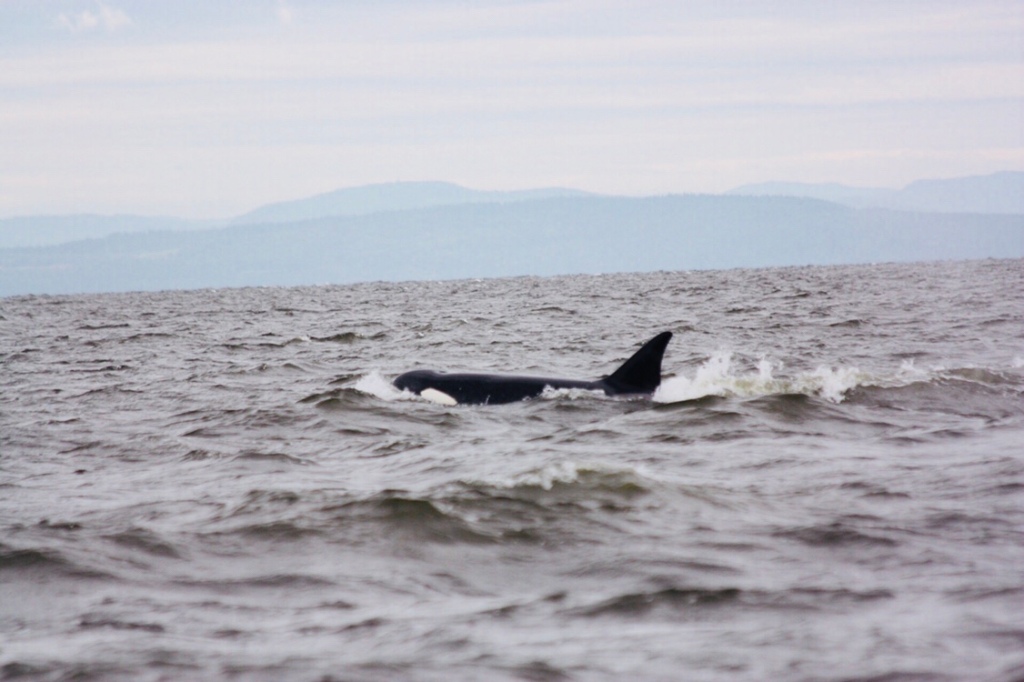 There were a couple of pods in the area and these are whales which live in the area. We found the pod we were looking for, made up of about 5 orcas and they had some little ones in tow.

It’s wonderful watching them surface; they are SO beautiful and it’s especially wonderful seeing the little one with its mummy. We also got to see the little one breach, picking up some pace and flinging himself out of the water and re-entering with a big splash! Unfortunately, I missed the photo opportunity – better luck next time!

We spent a long time with that pod, sitting and watching them in all their glory. Rolling around in the water and having what seemed like some good fun. After a while, we needed to start heading back, so we turned around and started making our way, stopping to see some harbour seals sunning themselves on some logs.

These guys are so much cuter than California seals, they are so chubby and roly-poly with massive eyes and they are just how you want a seal to look. 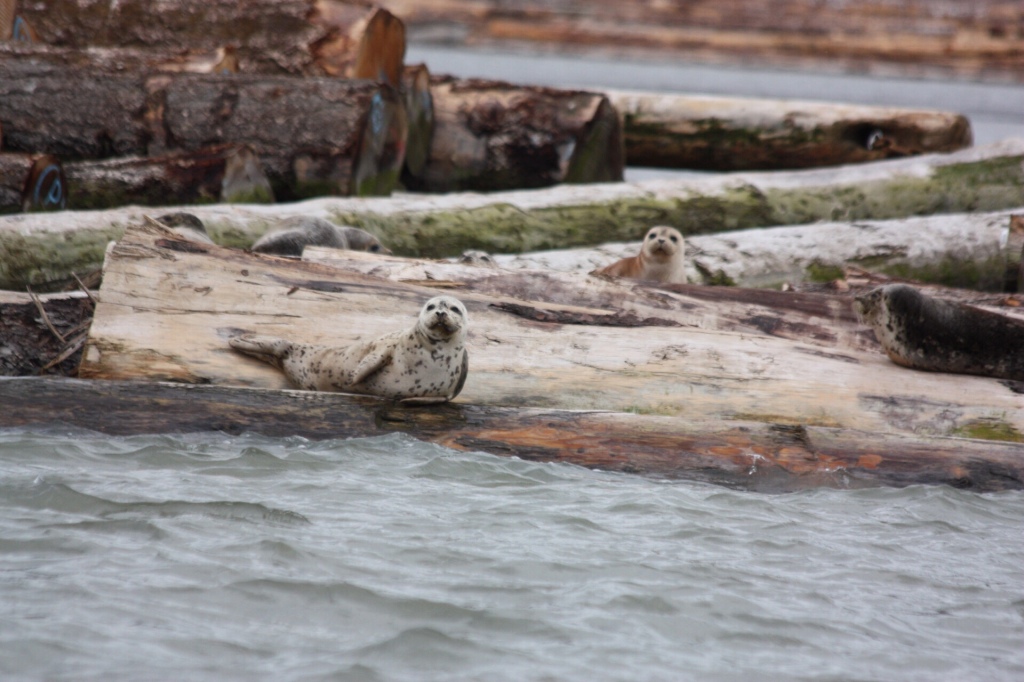 As we were heading back, we caught up with another pod of orca and these ones were much more active! Tails were coming out of the water and slapping back down, and they were a lot closer to our boat as well.

The little ones in this pod seemed to be having a whale of a time (pun very much intended).

Seeing this makes it all very much worth it. You never know what you are going to get with whales. They could be really active, or they could be calm and relaxed, but either way, it’s always a good experience and something well worth doing.

4 thoughts on “Watching Whales in Vancouver”